I wake up this morning, look out the window, notice that it’s raining except that it looks a little different….and then I notice the white roofs. It was snowing. The very first snow in Philly this year. And it’s only October!!

As a kid in Delhi, I was always fascinated by snow. Having never seen it for real, it seemed like such a beautiful thing that I would give anything to see and touch. I finally saw snow in Shimla but missed out on the snowfall, feeling very disappointed at having slept through it. Later, I did manage to catch snowfall on a trip to Ladakh for like 5 mins on Khardung-la Pass.

Now, here in Philly, it’s just snowing away outside my window. Yet, it’s just not that fascinating. Rather, it’s depressing. It imposes so many restrictions, I can’t imagine getting out, I can no longer put off buying snow boots and overcoats. So now I think I prefer snow as a tourist only 🙂 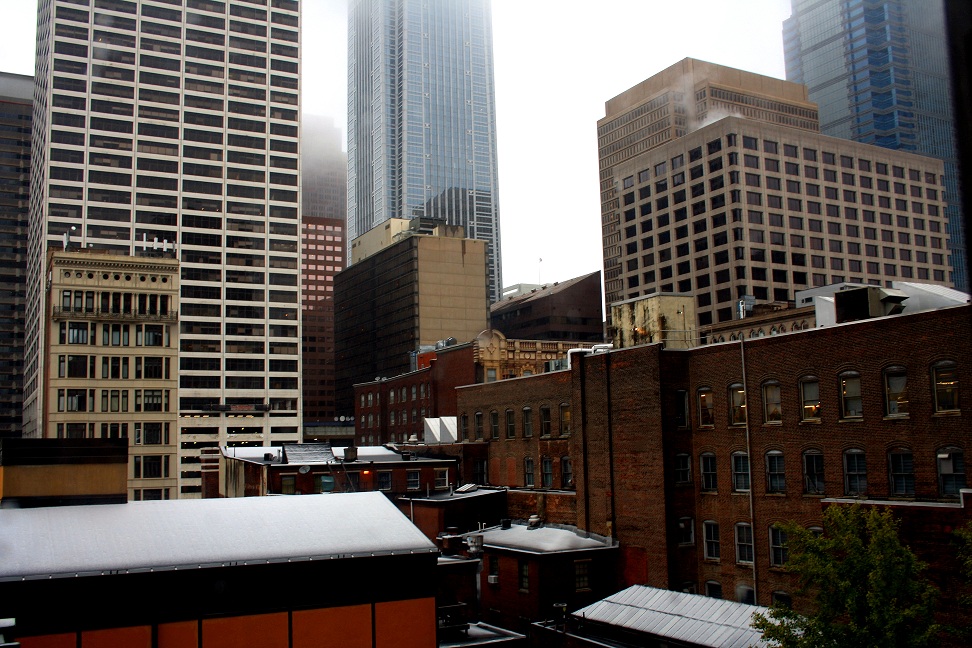