I’m continuing my photo series in San Francisco. This project is turning out to be a great way to see different parts of the city and meet new people – even though I live here!

It’s been gratifying when people have shared a little bit about themselves with me. Eye opening to learn about the kind of challenges they face. And inspiring to see how almost everyone around us has dreams.

My first post for San Francisco profiles a Bart Station Manager, a Painter, and a “Guy behind the Ticket Counter at a Theater”.

1. Meet Sarah, who works as a Bart Station Manager 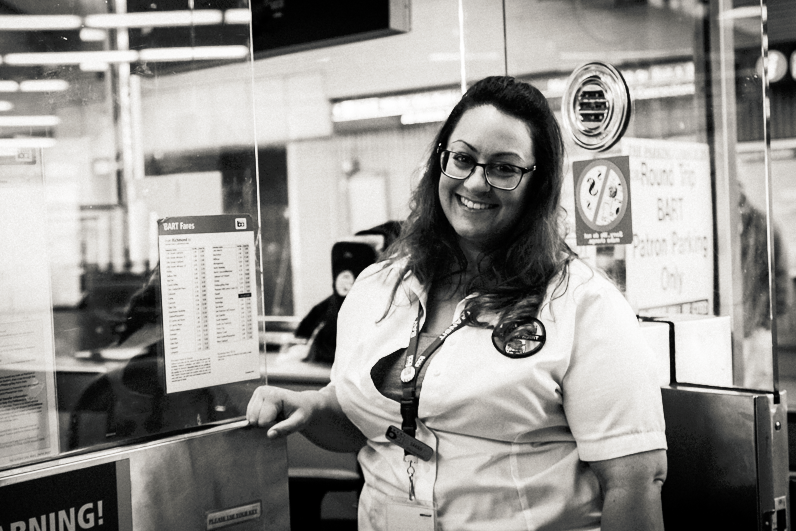 Sarah is one of those people that we see in the glass cabins at Bart stations. She describes experience in her cabin “a little like being in a fishbowl”! Sarah enjoys helping customers, especially tourists who’re new to the city and don’t know their way around.
Sarah meets all kinds of customers. There are nice ones like the guy who worked at an Italian restaurant and was a regular commuter, and who brought her food one day to say thanks for her help! However, there are the not-so-nice ones too. Many are rude to her, and even cuss at times. Many people try to scam others by selling fake tickets. And then there are those that try to get on the train without paying.
Sarah isn’t sure what she wants to do later in life yet. But lately she’s becoming interested in politics. She thinks she would want to be involved with Social Justice one day.

Seren is all of 26 and has already made significant strides as a painter. While she works part time as an interior designer, her heart lies in painting. As she speaks passionately about her desire to have the viewer “think about what her painting means”, it is clear this is her first love.
Born as a creative child, Seren’s memories of her first piece of art is a drawing of a bunch of fairies at school. While other girls at school made fun of her drawing, her mom made sure Seren didn’t give up. An artist at heart herself, Seren’s mother has had a big influence on Seren’s art. 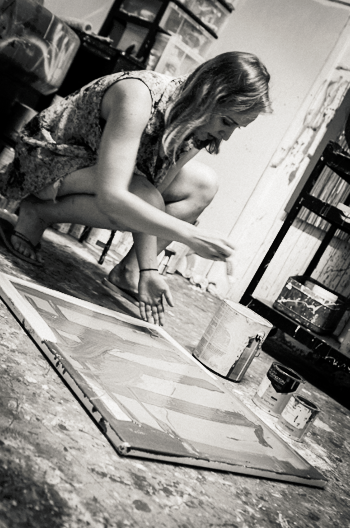 While Seren has recently bagged a place in an Art show in Miami, being a painter has its challenges. Money is a problem. Lack of validation is another.
Yet, Seren works hard and remains hopeful. Her dream? To make enough from her Art to be able to do Art. Now isn’t that awesome? 🙂

3. Meet Zac, who works at the ticket counter of a small theater

Zac works behind the ticket counter of one of those quaint theaters that one can still find in some parts of the city. I caught up with him during his lunch break. 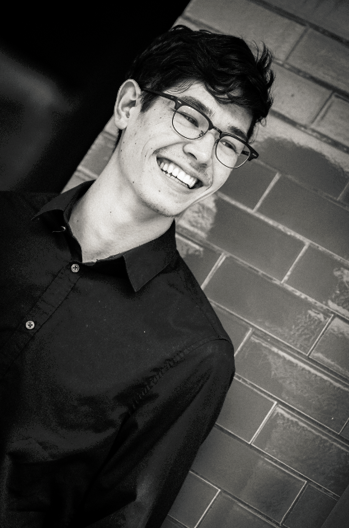 Zac is currently studying film making. He has been a fan of movies since childhood and loves Steven Spielberg as a director. He imagines himself to be a great movie director like Spielberg one day. In fact, he thinks he would be a very “involved” director who would want creative control over every single aspect of his movie.
While he understands it’s hard to make it big in Hollywood, Zac remains optimistic. He has already found a great course in London to pursue further study in film making. His dream is to direct a horror movie one day.