Pattadakal is a small village in Karnataka, India. It is a UNESCO World Heritage Site, located about 22 kms from Badami. It has a collection of ten temples from the 8th century, built by the Chalukya dynasty. 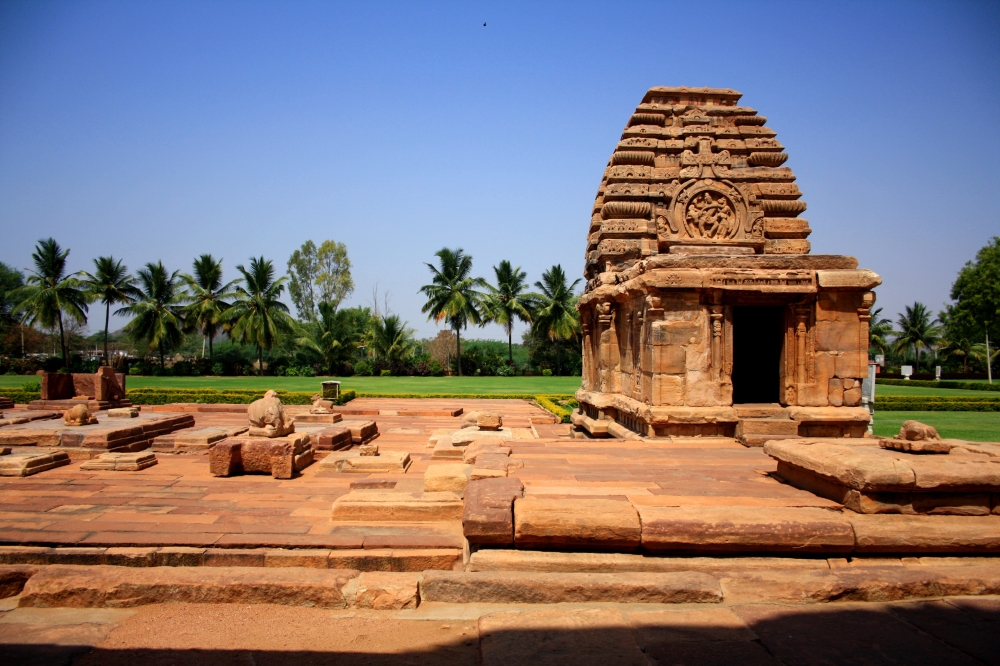 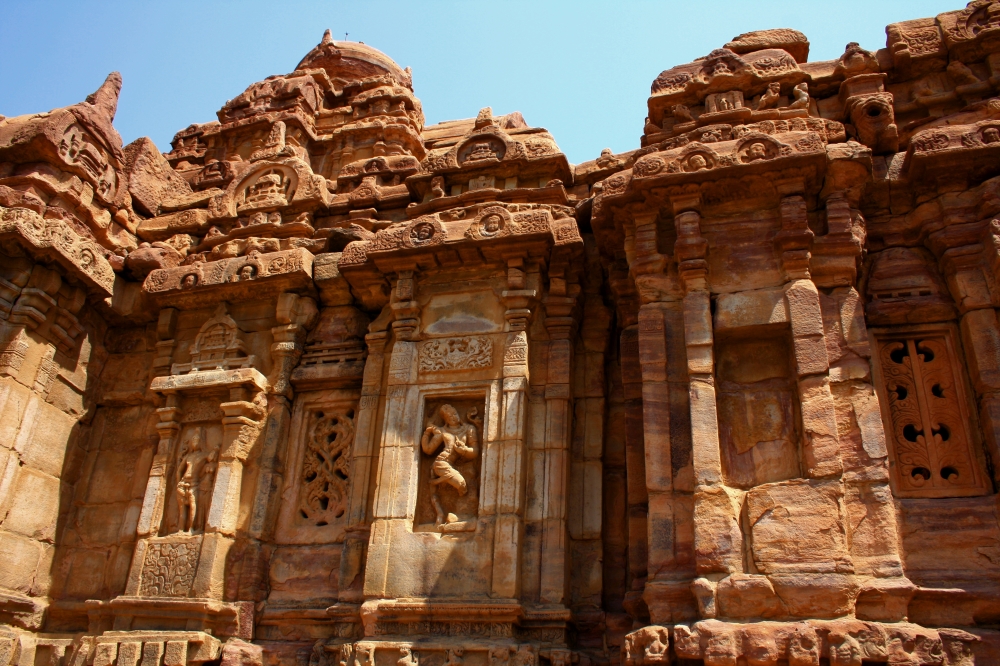 Puja in one of the temples 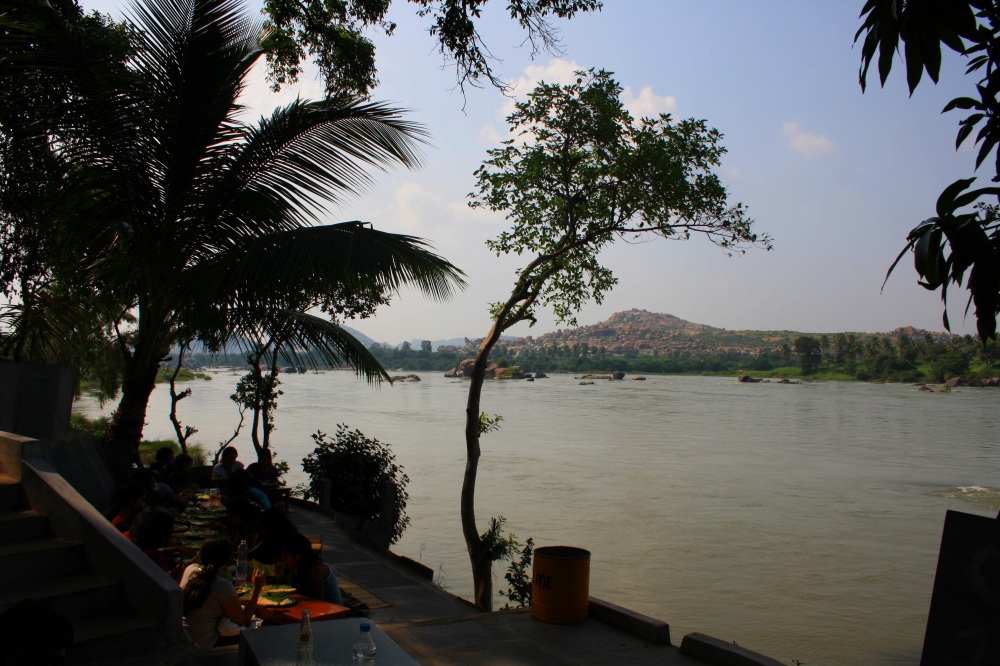 Mango Tree restaurant on the bank of Tungabhadra river

Sunset on the rocks

Hampi is a village in Karnataka, India. It is located within the ruins of Vijayanagara, the former capital of the Vijayanagara empire. The village of Hampi contains several monuments belonging to the old city. It extends into some of the old ceremonial streets of Vijayanagara.  The Vijayanagara ruins are listed as the Group of Monuments at Hampi as a UNESCO World Heritage Site [courtesy Wikipedia]

I got a LOT of shots of this wonderful city, it’s a MUST VISIT for absolutely everyone. I’ll start with Vittala Temple. It is situated northeast of Hampi, opposite the village of Anegondi, and is one of the principal monuments of the city. It is dedicated to Vittala, an aspect of Vishnu worshipped in the Maratha country. It is believed to date from the 16th century.

Inside the temple premises

One of the notable features of the Vittala Temple is the musical pillars. Each of the pillars that support the roof of the main temple is supported by a pillar representing a musical instrument, and is constructed as 7 minor pillars arranged around a main pillar. These 7 pillars, when struck, emanate the 7 notes from the representative instrument, varying in sound quality based on whether it represents a wind, string or percussion instrument. 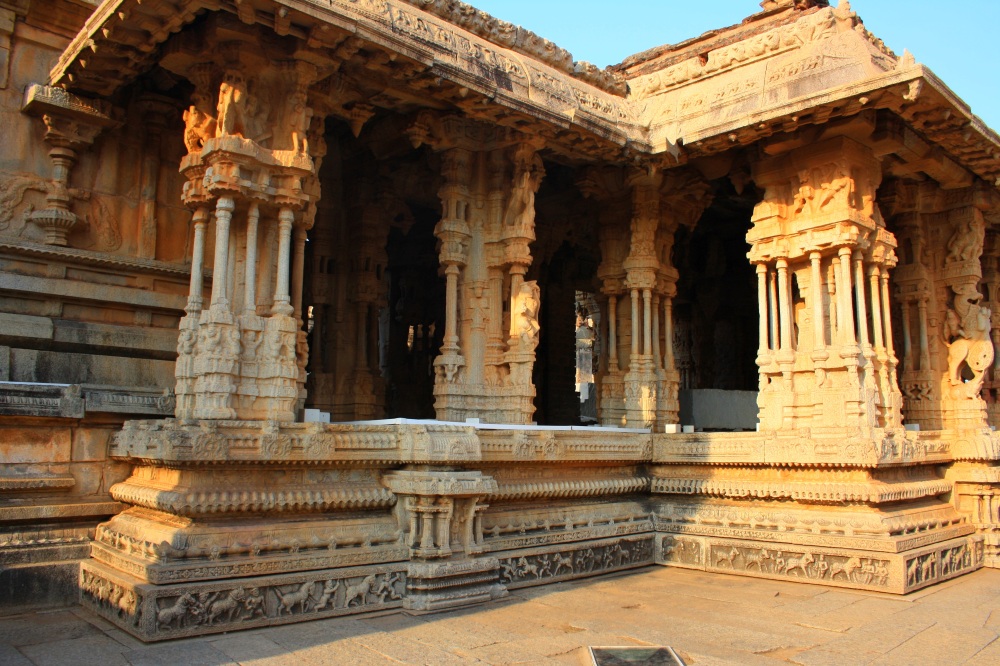 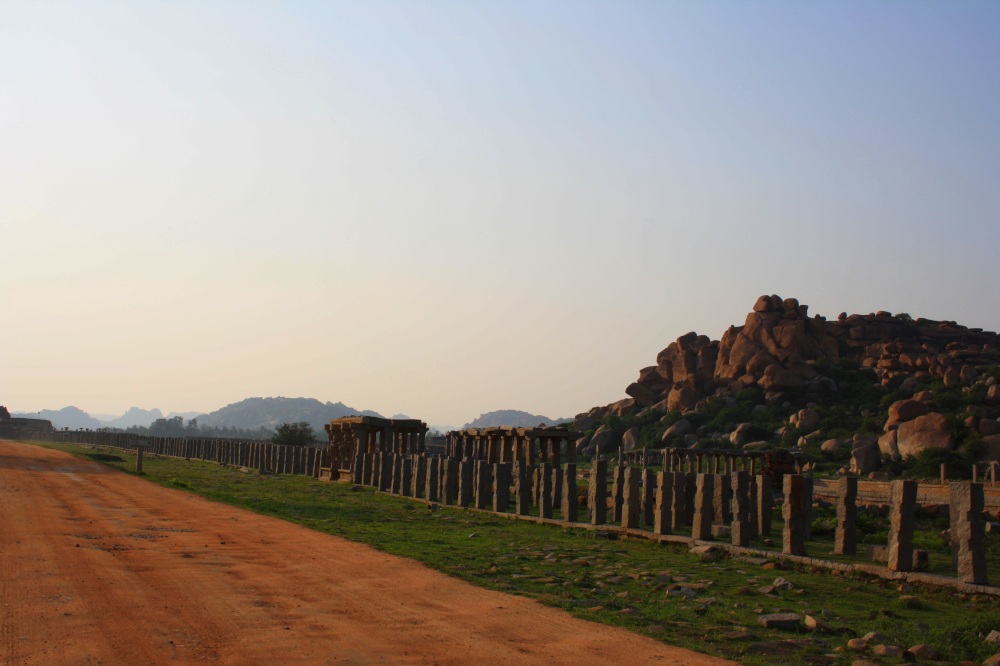